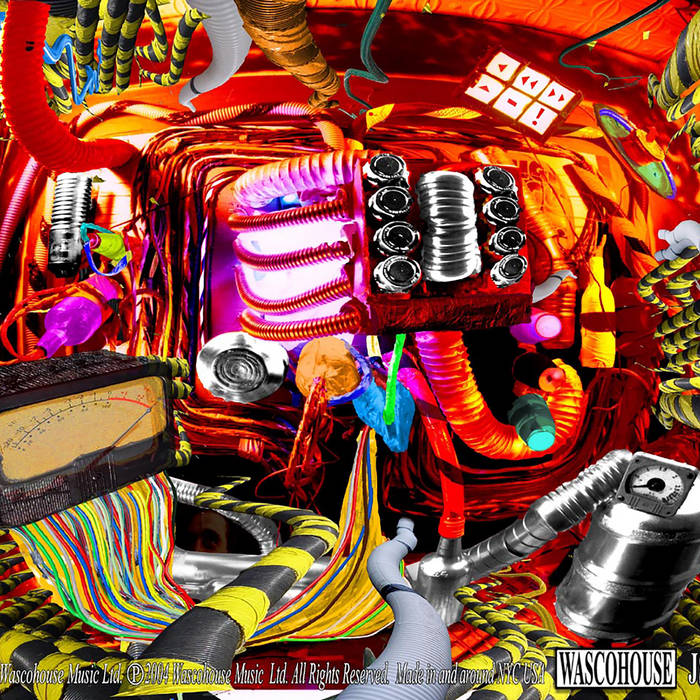 Years back, for a fleeting moment I had the best Band in NYC.

Johnny Skilsaw is/was a unique NYC band most active in the mid 90s centered around music conceived on my Swiss Army Bass (more about that here www.jaysmuseum.com)

We performed at any and every NYC downtown clubs through various incarnations especially CBGB and Brownies,, riveting unsuspecting audiences with unique instrumentation, while bringing noteworthy musicianship and songwriting cloaked amidst controlled musical chaos.

We signed with Tag/Atlantic in early 96 , a dream come true.

Unfortunately, mere months after we signed the Tag imprint was discontinued due to a corporate merger leaving us in a prolonged legal limbo, a fate faced by more often than not by many artists.
Another ill fated deal went down with Wild Pitch Records in '98 for the second album "Blood Lead". Wild Pitch also folded - thus the bands two LPs were never formally released ....
....and the world moved on.

Tragically Nick Dicorato died in 1999 and Mark Hutchins later in 2016. One couldn't hope for two better guys and great musicians to be in a band with. They're completely irreplaceable both as friends and musicians. We went through virtually every dream and nightmare a band could possibly have. . I could literally write a book.


This album "Stuffed And Motorized" was recorded at various studios in and around NYC including the one I lived in and maintained. It was created admits nonstop chaos of playing scores and scores of gigs to larger and larger crowds and endless all night recording/mix sessions that didn't end until well into the next day. There wasn't a single bar in the east village that we couldn't and didn't drink for free when we weren't rehearsing or working on this record. The drama was high and cast of characters and situations surrounding us while trying to navigate or way through the music industry was extreme. I'm exhausted just sitting here thinking about it let alone trying to describe it.

I've recently gotten around to explore and field alternate versions of songs we recorded for the album that were dis-guarded back at the time in the interest of making a deadline imposed by the record label. I came across a slew of drastically better versions of tracks including "Something Bad" through to the last track "Cornucopia Of Pain" and remixed them.

I had a bitter/sweet time going through this and working on it. Every nuance bringing to vivid memory the intensity and passion Nick, Mark and I held.
I dare say our record holds up well. We put our hearts and souls into every note. I hope and wish more people get a chance to hear it.

All songs written by Jay Wasco except "I Am The Walrus" - Lennon/McCartney "Death Of A Cynic" Wasco/Patterson "Bottle" Wasco/DiCorato.
Produced, mixed & engineered by Jay and Mark.. Additional Engineering by Ray Martin. Recorded at Shelter Island Sound, Hermit Village and Excello in NYC Circa 95/96. Mastered at Sterling Sound by George Marino, assisted by Jack Douglas and Steve Addabbo. Some tracks reanimated, re-cut, re-mixed re-tweaked and Enhanced in post by JW (this LP truly is "Stuffed And Motorized") CD Cover art and design by JW. Raw sculpture photo (tray) as well as group "Dudes" shot to by Michael Halsband . Executive Producer: Ron Fierstein.

Peace and love to the memory of Nick DiCorato & Mark Hutchins

Bandcamp Daily  your guide to the world of Bandcamp

Featuring interviews with the mighty Haitus Kaiyote and genre-busting L'Rain.